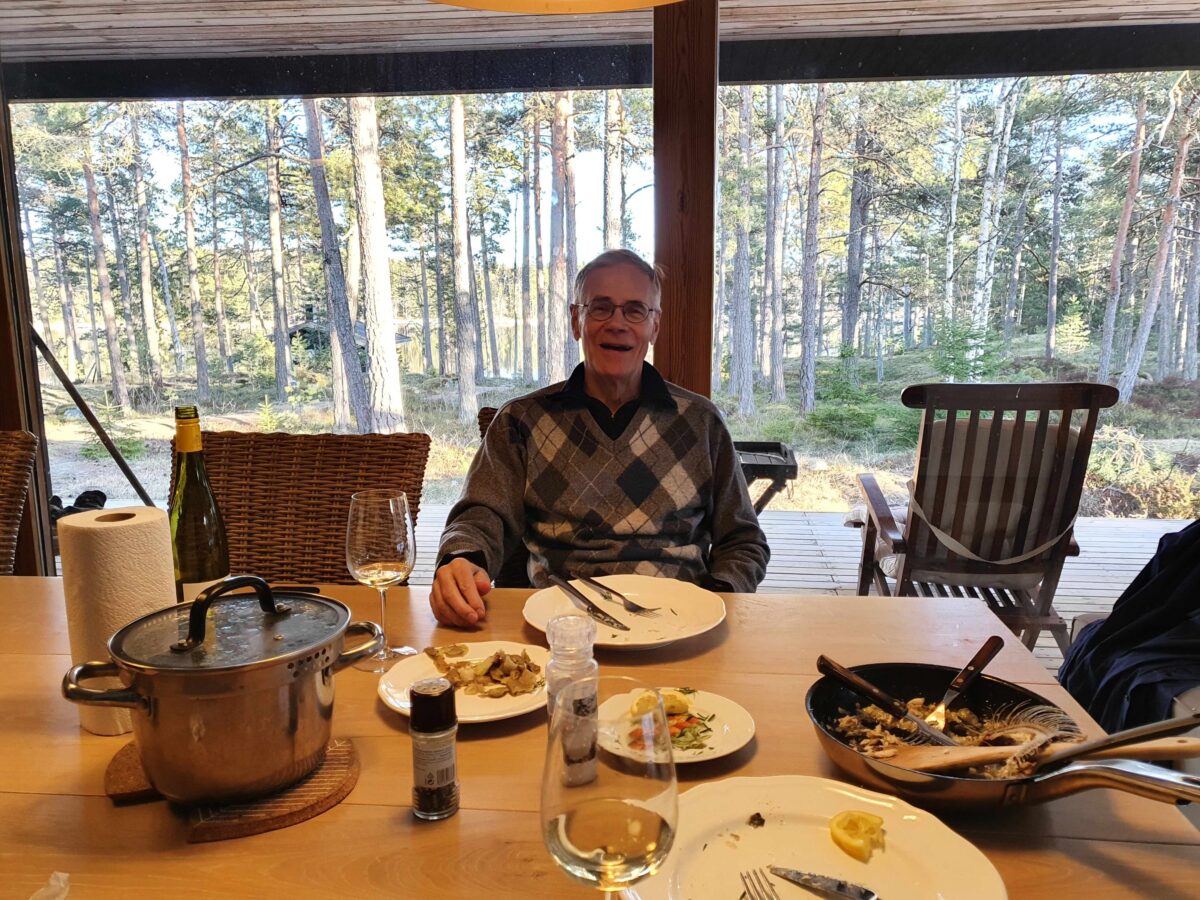 My dad passed away three weeks ago. After the initial shock and emotional rollercoaster I feel now both thankful and peaceful. I could not have asked for a better dad who lived to see so many things over his almost 72 years of run here. He witnessed my life through all the turbulents years and saw his grandchildren grow up. We all learned so much from him.

Obituarities in Helsingin Sanomat and Asianajoliitto summarize his career accomplishments as an attorney, professor and Supreme Court justice in Finland. Those are the things he was publicly known for.

For me he was still first and foremost a dad with whom I had an open and candid relationship until the end. We talked on weekly basis. There wasn’t a topic we wouldn’t have chatted about. The best ones were lengthy conversations over dinner or a bottle of wine about sports, law, society and politics. We disagreed from time to time and our political views differed but the next morning it was all forgotten.

I picked up from him the love for all kind of sports and outdoor lifestyle. We went together trekking, running and fishing. Just two weeks before his time was up we had a great overnight fishing trip in Kirkkonummi where he caught a Baltic Sea white fish and prepared it for our dinner. This post’s headline picture was taken on that moment.

He influenced my life in numerous ways. I entered and by chance passed the law school entry exam mainly because he happened to be a professor there at that time and the exam books were lying on our shelves. I had to prove him I can get there too. Eventually I went on to do other stuff, build new tech and other businesses. He had an open mind and was curious and supportive in whatever I did in my life checking always “how’s the business?” and “how’s the kids?”. But the most often he still opened with “have you been running lately?”

My dad used to say you learn to write only by writing. (And you learn to run only by running.) Even if he published only legal scolarship and judgments he did write about much more. So here’s his recap (in Finnish) of our road trip across the US back in 2010: Isä ja poika Ameriikan raitilla keväällä 2010. That was kind of a trip of the lifetime we talked about time and again whenever we got back together…